Powerful waves have been seen hitting the shores of Tonga after a tsunami warning was issued for the Pacific nation following underwater volcanic activity.

The site said satellite images showed a five-kilometre plume of ash, steam and gas rising into the air to about 20 kilometres. 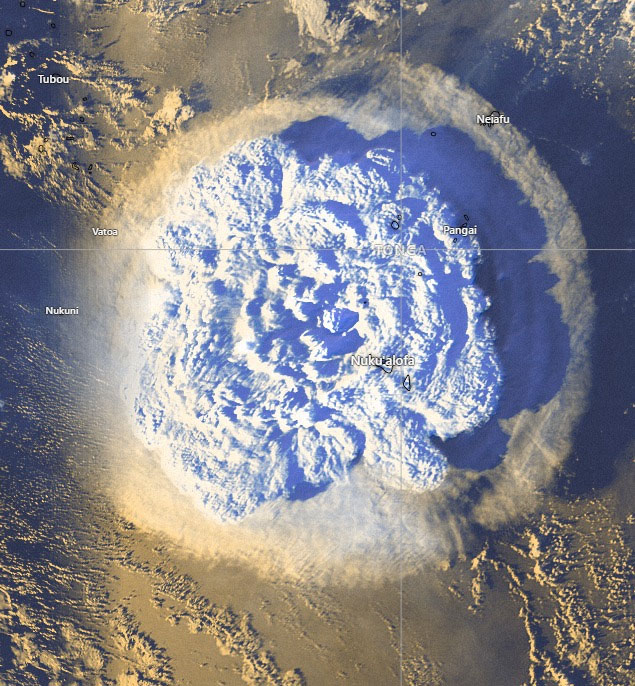 The Tonga Meteorological Services said a tsunami warning had been put in force for all of Tonga.

“Raining ash and tiny pebbles, darkness blanketing the sky,” he said in a later post. 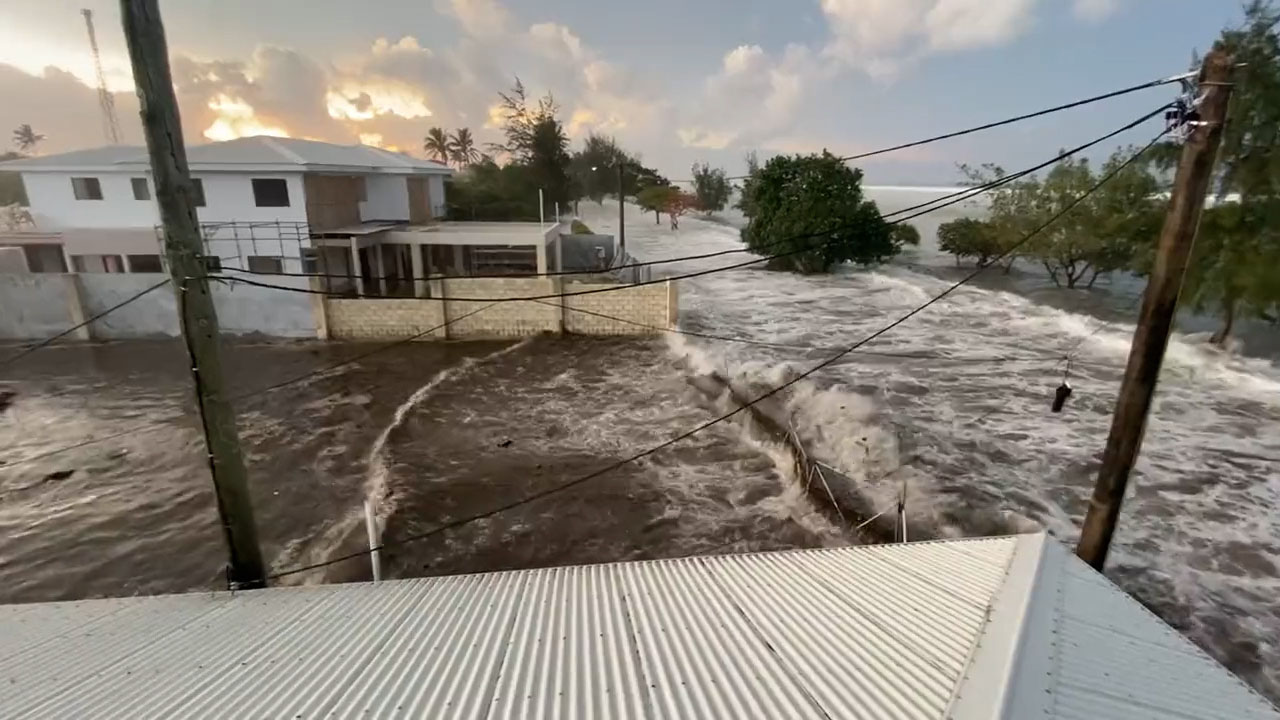 According to the US Emergency Alert Twitter page, a “hazardous tsunami” had been created by the eruption, and a tsunami warning had been issued for American Samoa as well.

The US StormWatch account, meanwhile, described the eruption as “one of the most violent” ever captured on satellite.

He also said tsunami waves had begun to reach Fiji, after an emergency warning had been issued in that country as well.

Even further away in New Zealand, officials were warning of storm surges from the eruption.

The National Emergency Management Agency said some parts of New Zealand could expect “strong and unusual currents and unpredictable surges at the shore following a large volcanic eruption.”

There is no current tsunami threat to Australia.