Former US President Donald Trump faced one legal setback after another this week as a judge ruled he must sit for a deposition in New York to answer questions about his business practices, his accounting firm declared his financial statements unreliable, another judge rejected his efforts to dismiss conspiracy lawsuits and the National Archives confirmed that he took classified information to Florida as he left White House.

Whatever happens, said Jeffrey Jacobovitz, a Washington lawyer who has been following the investigations, “I think the weeks will get worse for him.” Here’s a look at the flurry of developments:

In a Friday letter, the National Archives and Records Administration confirmed that classified information was found in 15 boxes of White House records that Trump had brought with him to Mar-a-Lago and turned over last month.

IThe National Archives “identified items marked as classified national security information within the boxes” and “has been in communication with the Department of Justice,” they wrote in a letter House Committee on Oversight and Reform. The Archives also confirmed it had received paper records that had been torn up by Trump — some taped together and others left in pieces — and that some White House staff had conducted official business using personal accounts.

While federal law bars the removal of classified documents to unauthorised locations, sitting presidents have broad authority over classification. The Justice Department and FBI have not indicated they will pursue a case.

But David Laufman, the former head of the Justice Department’s counterintelligence section who oversaw the investigation into Hillary Clinton for her use of a private email server as secretary of state, tweeted, “It’s hard to imagine that ⁦@DOJNatSec⁩ is not conducting a criminal investigation into Trump’s stash of classified documents at Mar-a-Lago.” 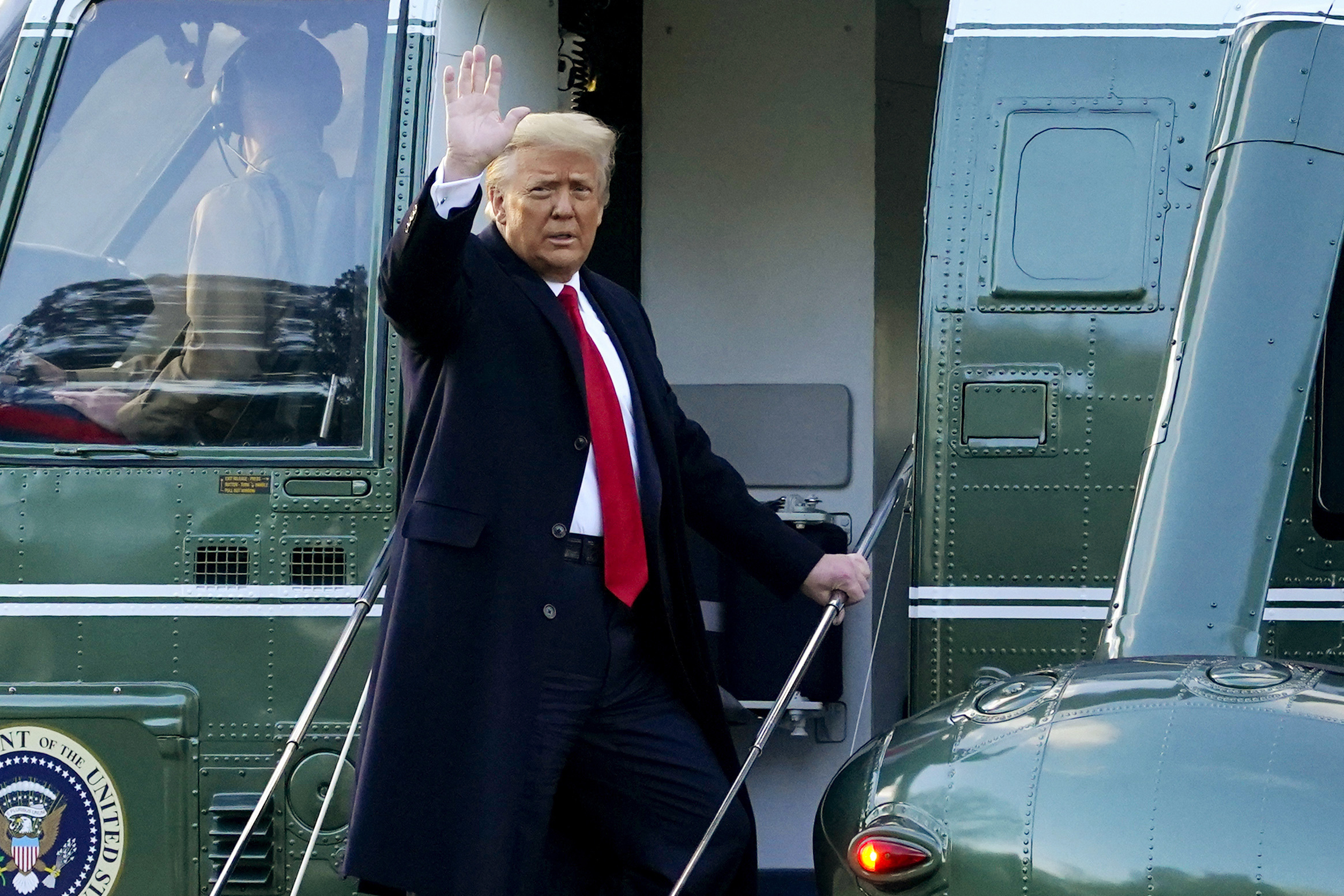 “Even if DOJ ultimately forgoes criminal charges, an investigation is clearly warranted,” he said.

While the Presidential Records Act that oversees the preservation of a president’s documents is widely seen to have little enforcement mechanism, David Weinstein, a former federal prosecutor, said: “Taking classified documents is an entirely different ball of wax. And as we’ve seen in the past, those are what result in actual charges being filed.”

No matter the legal risk, the revelation also exposes Trump to charges of hypocrisy given his relentless attacks on Clinton, his Democratic opponent in the 2016 presidential campaign.

In a statement Friday night, Trump said, “The National Archives did not ‘find’ anything, they were given, upon request, Presidential Records in an ordinary and routine process.”

“If this was anyone but ‘Trump,’ there would be no story here,” he said.

JUDGE REFUSES TO TOSS LAWSUITS AGAINST TRUMP OVER JANUARY 6 ATTACK

A federal judge in Washington DC, on Friday rejected Trump’s efforts to dismiss conspiracy lawsuits filed by Democratic lawmakers and police officers accusing him of being personally liable for the January 6, 2021, Capitol insurrection.

US District Court Judge Amit Mehta said Trump’s words at a rally held before the attack were likely “words of incitement not protected by the First Amendment” and “plausibly” may have led to what happened. Trump had told his supporters to “Fight like hell” and warned that, if they didn’t, “you’re not going to have a country anymore.”

“Only in the most extraordinary circumstances could a court not recognise that the First Amendment protects a President’s speech,” Mehta wrote. “But the court believes this is that case.”

The plaintiffs are seeking financial damages for the physical and emotional injuries they sustained during the insurrection, which Trump has denied inciting.

On Thursday, a judge in New York ruled that Trump must answer questions under oath in the state’s civil investigation into his business practices.

Judge Arthur Engoron ordered Trump and his two eldest children, Ivanka and Donald Trump Jr., to comply with subpoenas issued by New York Attorney General Letitia James and sit for depositions within 21 days. James’s lawyers have said they have uncovered evidence that Trump’s company used “fraudulent or misleading” valuations of his golf courses, skyscrapers and other properties to secure loans and tax benefits.

Trump’s lawyers had argued his testimony could be used against him in the criminal investigation into the Trump Organisation and its former CFO that’s being overseen by the Manhattan district attorney’s office. 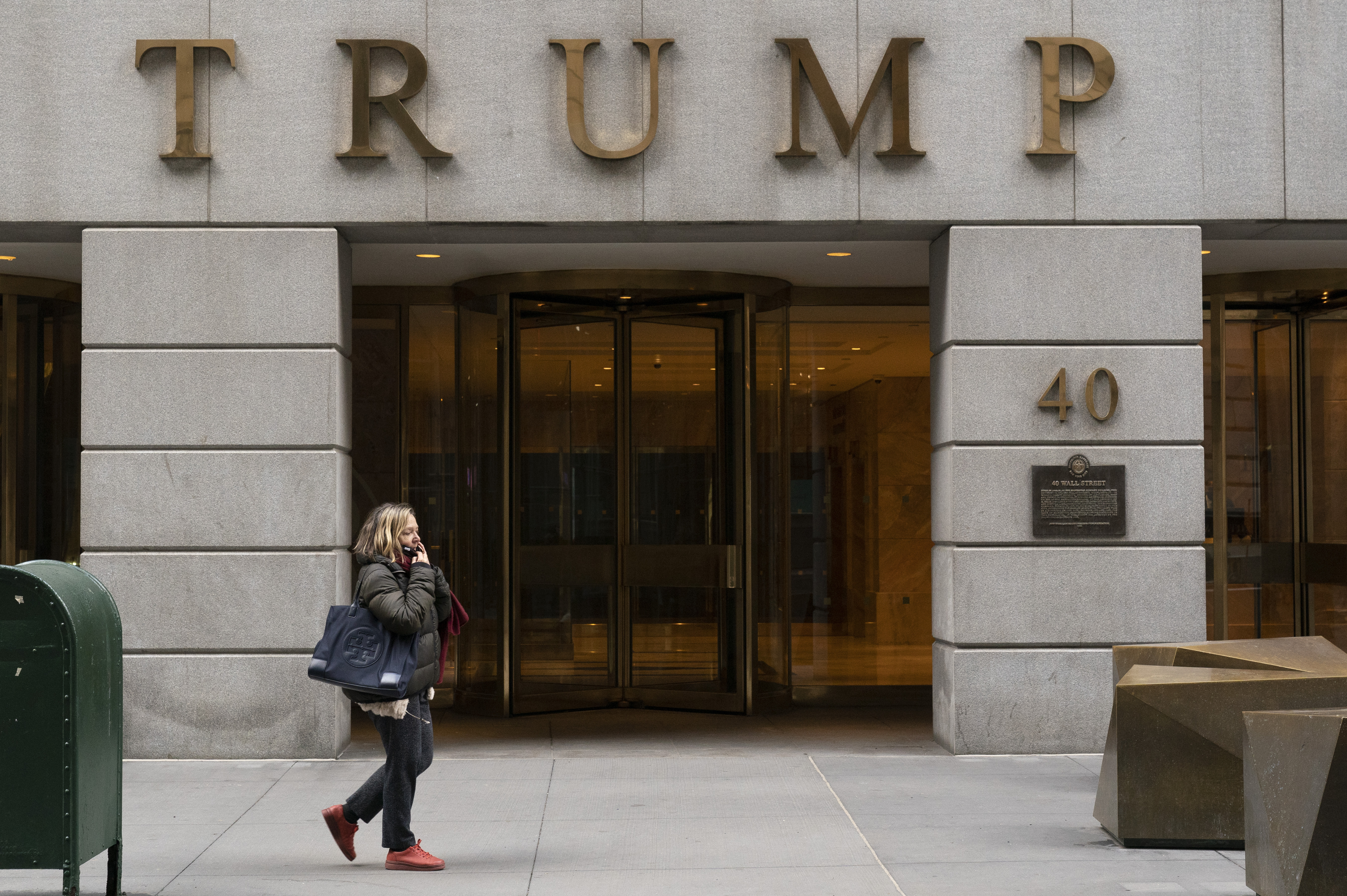 The ruling is almost certain to be appealed by Trump’s lawyers. But if upheld, it could force him to decide whether to answer questions, potentially risking perjuring himself if he lies, or stay silent, citing his Fifth Amendment right against self-incrimination — something he’s criticised others for doing in the past.

“THERE IS NO CASE!” Trump said in a statement responding to the ruling.

While many legal experts agree the case poses a serious risk to Trump, lawyers who have examined the allegations have said it is not a slam dunk for James and she will face two major hurdles if she brings a suit alleging fraud: proving both an intent to deceive and proving that banks that loaned Trump money were actually fooled.

In a letter made public in a court filing Monday, the accounting firm that prepared Trump’s annual financial statements said the documents “should no longer be relied upon” after James’ office alleged they regularly misstated the value of Trump’s assets.

In the letter to the Trump Organization’s lawyer, Mazars USA LLP advised the company to inform anyone who had received the documents not to use them to assess the financial health of the company and the former president. The firm also said it was cutting ties with Trump, its highest-profile client.

Michael Conway, who served as counsel for the House Judiciary Committee in President Richard Nixon’s impeachment inquiry, wrote in an NBC News op-ed Thursday that “Mazars’ disavowal of Trump’s financial statements is a turning point in the attorney general’s investigation. The independent accountants who prepared the statements no longer defend them and will likely have to testify why they had a change of heart.”

Trump has given his Statement of Financial Condition — a yearly snapshot of his holdings that had been prepared by Mazars based on Trump Organisation records — to banks including Deutsche Bank to secure hundreds of millions of dollars worth of loans. Mazars’ announcement raises questions about whether other banks would be comfortable loaning money to the Trump Organisation.

In a ruling Thursday, a judge said she would allow Allen Weisselberg, the longtime finance chief at Trump’s company, to sit for a limited deposition as part of a lawsuit brought by the District of Columbia attorney general’s office that accuses Trump’s inaugural committee of grossly overspending at Trump’s Pennsylvania Avenue hotel to enrich the former president’s family.

The Democratic attorney general, Karl Racine, is suing the Trump Organisation and the committee that organised Trump’s inauguration, alleging they misused nonprofit funds and coordinated with management at the Trump International Hotel and members of the Trump family to arrange events, including spending more than US$1 million ($1.4m) to book a ballroom at the hotel. Racine has said one of the event’s planners raised concerns about pricing with Trump, Ivanka Trump and Rick Gates, a top campaign official at the time.

The case is scheduled to go to trial in September.

The Manhattan district attorney’s office has already charged Weisselberg and the Trump Organisation with tax fraud, alleging he collected more than US$1.7 million ($2.37m) in off-the-books compensation. The DC decision puts additional pressure on Weisselberg, who has pleaded not guilty.

The records show appointment information for individuals who were allowed to enter the White House on the day of the insurrection.

The committee has obtained tens of thousands of records so far as it investigates Trump’s actions on January 6, when he waited hours to tell his supporters to stop the violence and leave the Capitol. Investigators are also interested in the organisation and financing of a Washington rally the morning of the riot. Among the unanswered questions is how closely organisers of the rally coordinated with White House officials.

Attorney General Merrick Garland has said the Justice Department remains committed to “holding all January 6th perpetrators, at any level, accountable under law, whether they were present that day or were otherwise criminally responsible for the assault on our democracy.”