Fleeing shelling, civilians have streamed out of the southern Ukrainian city whose recapture they had celebrated just weeks earlier as the country remembered a Stalin-era famine and sought to ensure that Russia's war in Ukraine doesn't deprive others worldwide of its vital food exports.

A line of trucks, vans and cars, some towing trailers or ferrying out pets and other belongings, stretched a kilometer or more on the outskirts of the city of Kherson.

Days of intensive shelling by Russian forces prompted a bittersweet exodus: Many civilians were happy that their city had been won back, but lamented that they couldn't stay. "It is sad that we are leaving our home," said Yevhen Yankov, as a van he was in inched forward.

"Now we are free, but we have to leave, because there is shelling, and there are dead among the population."

Poking her head out from the back, Svitlana Romanivna added: "We went through real hell. Our neighborhood was burning, it was a nightmare. Everything was in flames."

Emilie Fourrey, emergency project coordinator for aid group Doctors Without Borders in Ukraine, said an evacuation of 400 patients of Kherson's psychiatric hospital, which is situated near both an electrical plant and the frontline, had begun on Thursday and was set to continue in the coming days.

Kherson was one of many cities in recent days to face a blistering onslaught of Russian artillery fire and drone attacks, with the shelling especially intense there. Elsewhere, the barrage largely targeted infrastructure, though civilian casualties were reported. Repair crews across the country were scrambling Saturday to restore heat, electricity and water services that were blasted into disrepair.

Russia has ratcheted up its attacks on critical infrastructure after suffering battlefield setbacks. A prominent Russian nationalist said Saturday the Russian military doesn't have enough doctors, in what was a rare public admission of problems within the military.

In the capital Kyiv, Ukrainian President Volodymyr Zelenskyy oversaw a busy day of diplomacy, welcoming several European Union leaders for meetings and hosting an "International Summit on Food Security" to discuss food security and agricultural exports from the country.

The prime ministers of Belgium, Poland and Lithuania and the president of Hungary were on hand, and many others participated by video. 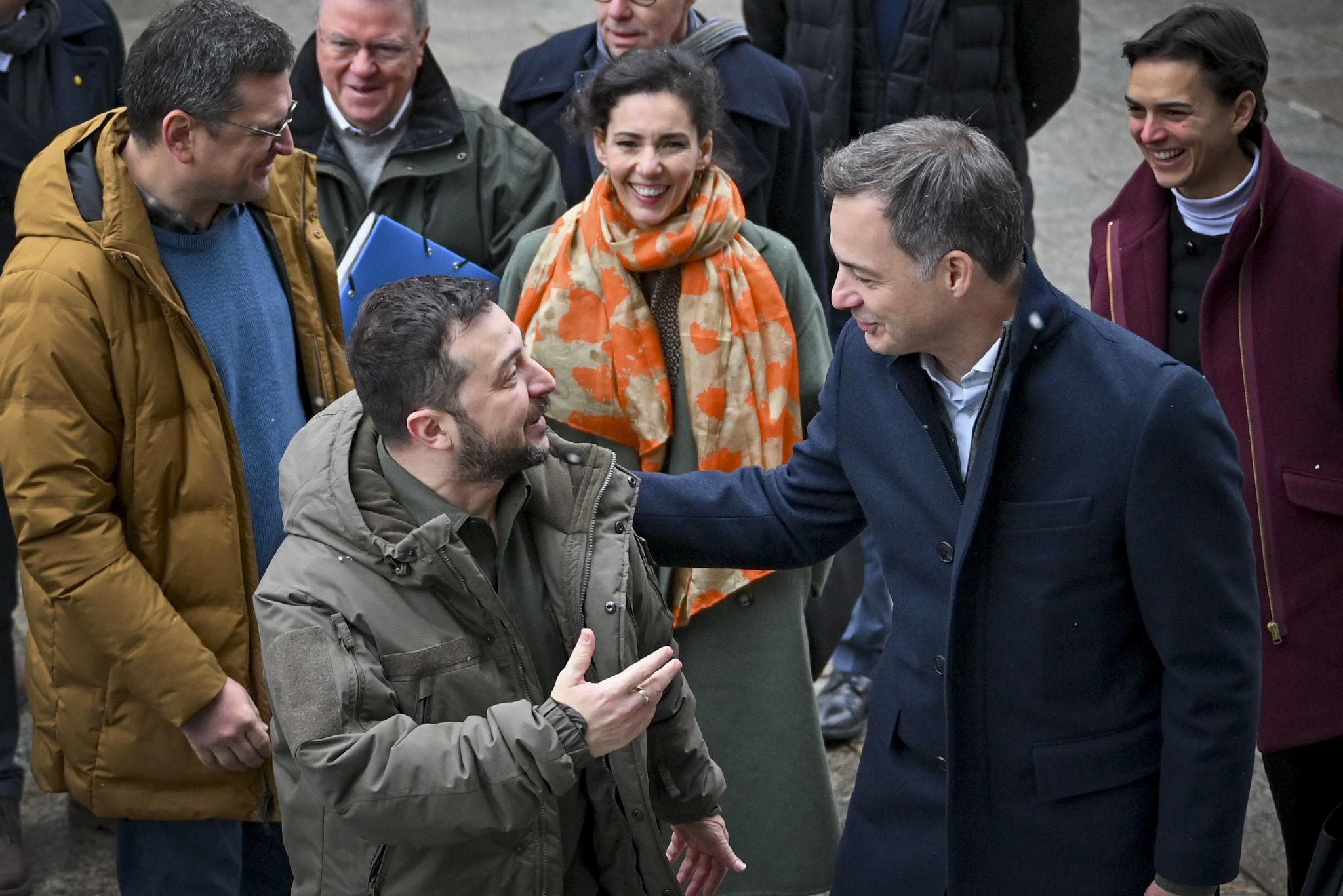 Zelenskyy said Ukraine was working to get its grain on ships and to countries that need it.

"Our goal is ambitious and specific – to save at least five million people from hunger," Zelenskyy said.

The reminder about food supplies was timely: Ukrainians were marking the 90th anniversary of the start of the "Holodomor," or Great Famine, which killed more than three million people over two years as the Soviet government under dictator Josef Stalin confiscated food and grain supplies and deported many Ukrainians.

German Chancellor Olaf Scholz marked the commemoration by drawing parallels with the impact of the war on Ukraine on world markets. Exports from Ukraine have resumed under a UN-brokered deal but have still been far short of pre-war levels, driving up global prices.

"Today, we stand united in stating that hunger must never again be used as a weapon," Scholz said in a video message.

"That is why we cannot tolerate what we are witnessing: The worst global food crisis in years with abhorrent consequences for millions of people – from Afghanistan to Madagascar, from the Sahel to the Horn of Africa."

He said Germany, with the UN's World Food Program, will provide an additional 15 million euros ($23.14 million) for further grain shipments from Ukraine.

Scholz spokes as a cross-party group of lawmakers in Germany are seeking to pass a parliamentary resolution next week that would recognize the 1930s famine as "genocide."

In a post on the Telegram social network on Saturday, Kyiv Mayor Vitali Klitschko said more than 3000 specialists for a local utility continued to work "around the clock" and had succeeded in restoring heat to more than more than 90 per cent of residential buildings. While about one-quarter of Kyiv residents remained without electricity, he said water serviced had been returned to all in the city.

"This might be a difficult winter," he said, alluding to Belgium's contributions of generators, and support for schools and hospitals in Ukraine, as well as military aid such as "fuel, machine guns, propelled artillery and so on."

"And by standing here, we hope that we provide you hope and resilience in fighting through this difficult period."