US Secretary of Defence Lloyd Austin assured the three Baltic nations Saturday that they would not be on their own if faced with security threats from Russia, but he stopped short of promising a permanent deployment of American troops in the former Soviet republics.

Austin was in Lithuania as a massive Russian troop buildup and other actions have Western officials saying that Moscow could invade Ukraine at any time, although Russia has denied planning an invasion.

"They are uncoiling and are now poised to strike," Austin said Saturday about the readiness of Russia's troops to attack Ukraine.

READ MORE: A week of legal setbacks for Donald Trump 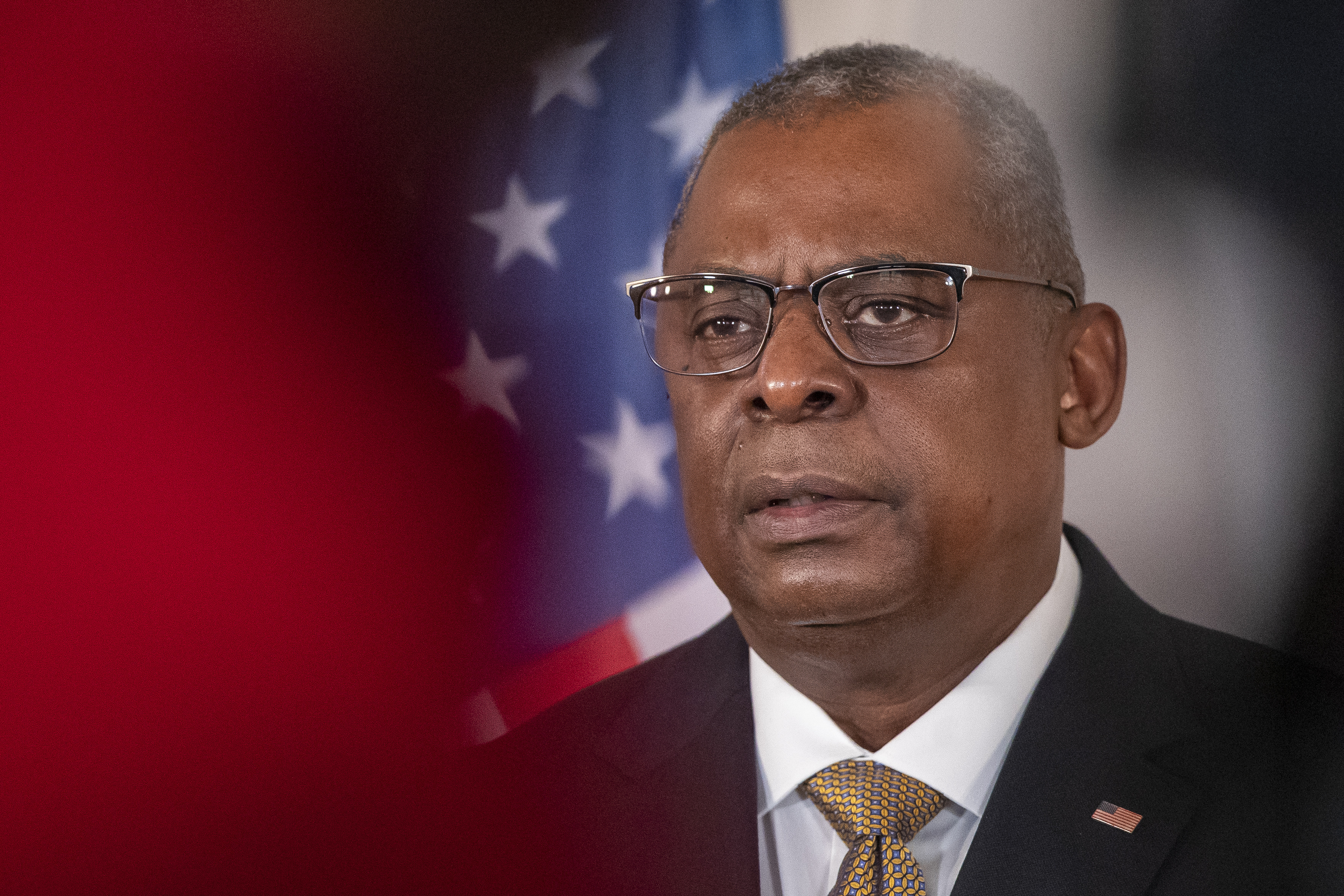 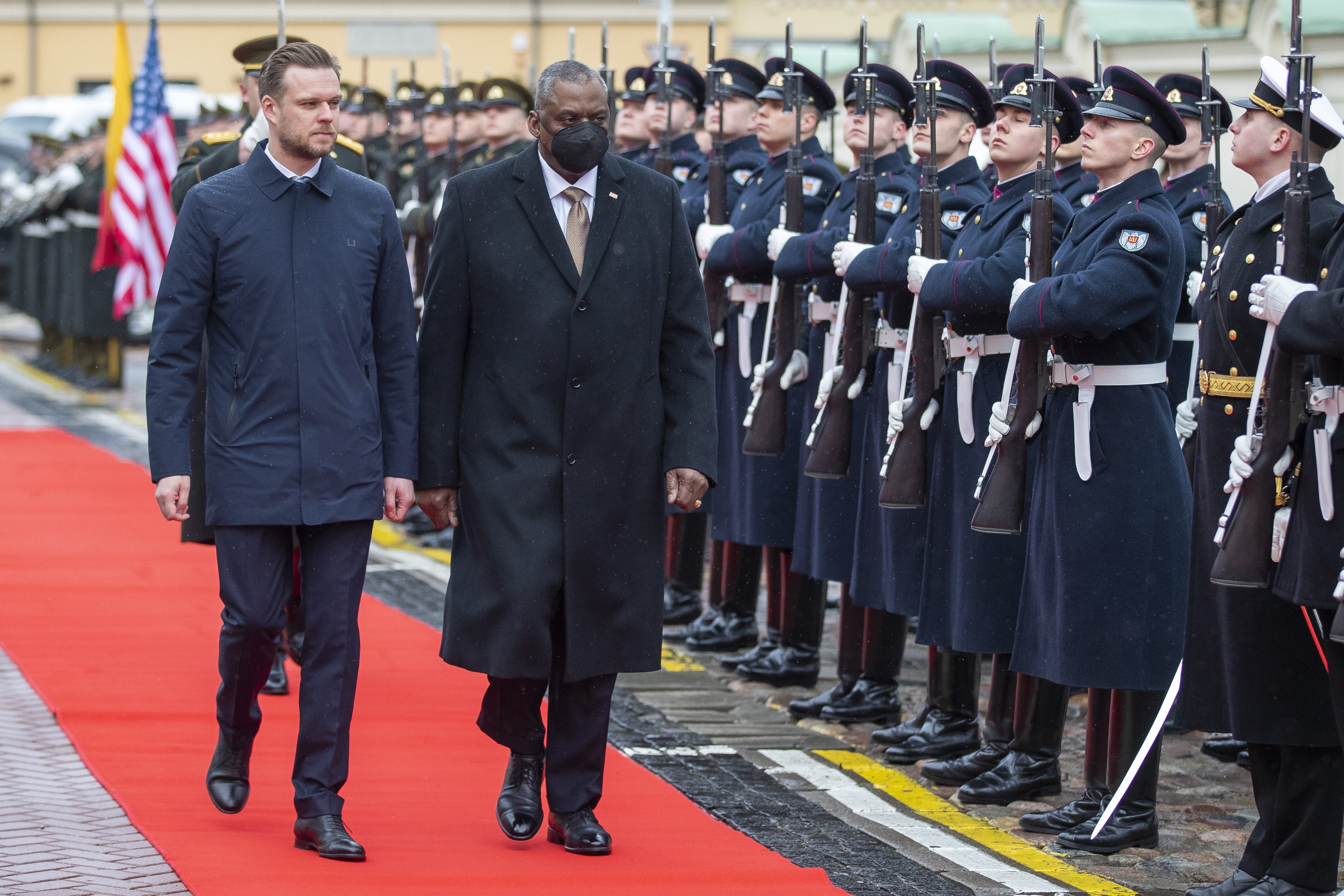 The comments came as separatist leaders in eastern Ukraine ordered a full military mobilisation Saturday amid a spike of violence in the war-torn region and fears in the West that Russia might use the strife as a pretext for an invasion.

Denis Pushilin, the head of the pro-Russia separatist government in Ukraine's Donetsk region, cited an "immediate threat of aggression" from Ukrainian forces in his announcement. Ukrainian officials vehemently denied having plans to take rebel-controlled areas by force.

"I appeal to all the men in the republic who can hold weapons to defend their families, their children, wives, mothers," Pushilin said.

"Together we will achieve the coveted victory that we all need." 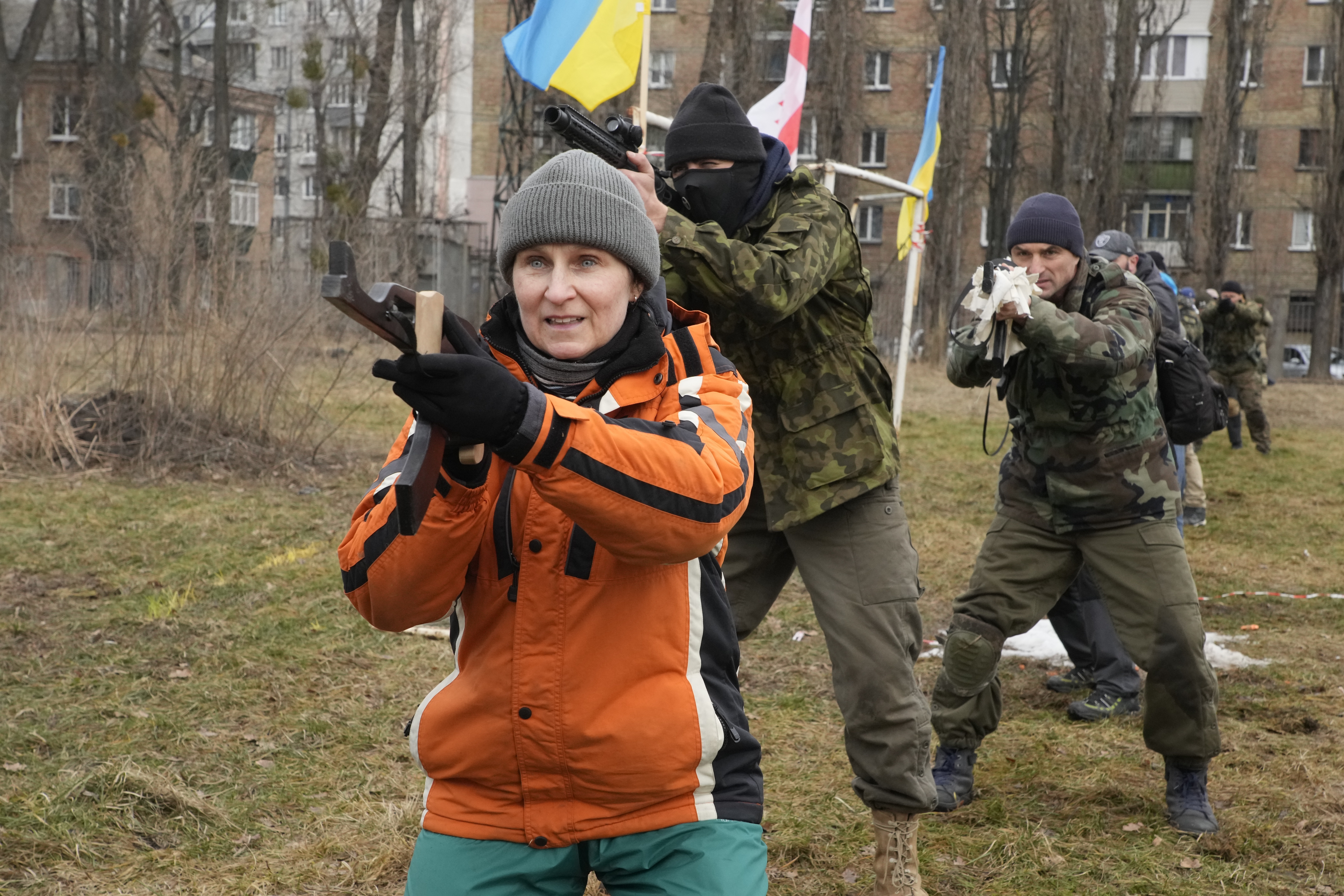 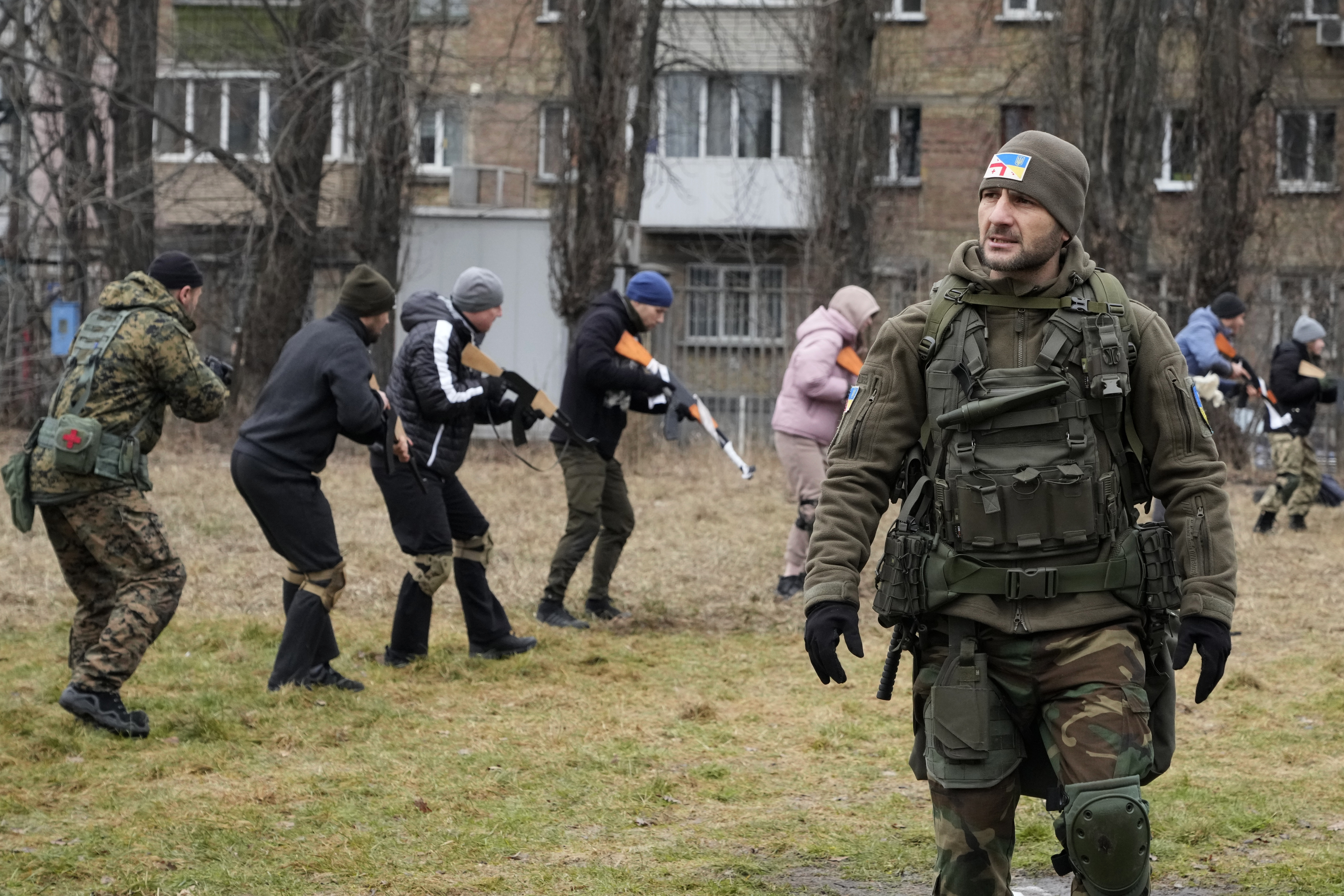 A similar statement followed from his counterpart in the Luhansk region. With an estimated 150,000 Russian troops now posted around Ukraine's borders, the long-simmering separatist conflict could provide the spark for a broader attack.

The separatists and Ukrainian forces have been fighting for almost eight years. But the violence along the line of contact separating the two sides, including a humanitarian convoy hit by shelling, has risen in recent days.

Ukraine's military said shelling killed a soldier Saturday in the government-held part of the Donetsk region and that separatist forces were placing artillery in residential areas to try and provoke a response.

'Putin must be surprised now by the unity of the West'

In an interview with The Associated Press on Saturday, Lithuanian Prime Minister Ingrida Simonyte noted that some European political leaders a few years ago spoke of NATO being "irrelevant."

"Putin must be surprised now by the unity of the West, which is much stronger than ever," Simonyte told The AP. " Now we see how relevant NATO is and how important it is that we have absolute unity of NATO and the European Union. And the most important message to Mr. Putin is that there will be no decisions on countries behind the countries' back. This is what he wants to achieve." 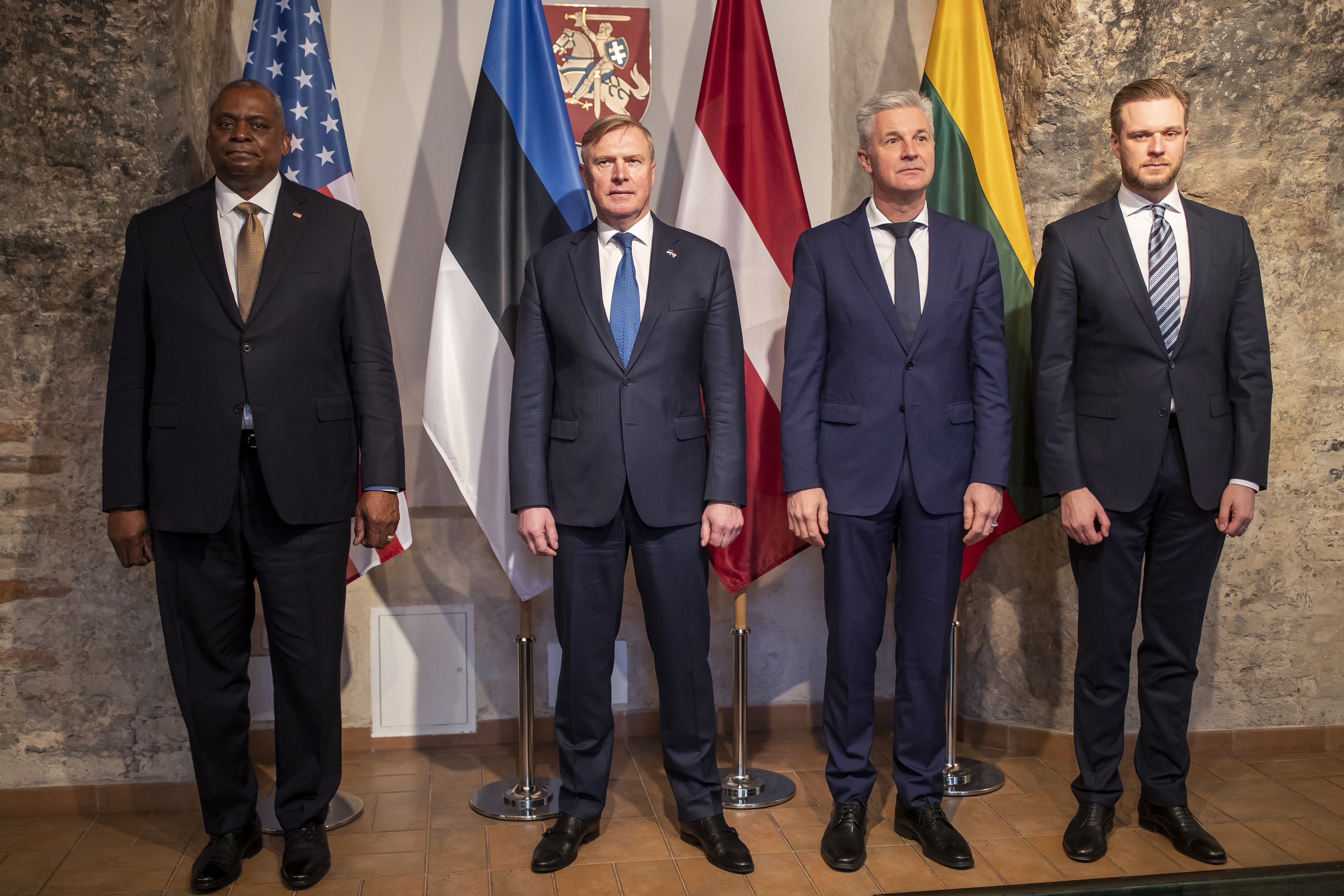 She scolded Western nations for not taking signals coming from Moscow seriously enough in the past years. Moscow annexed Crimea from Ukraine in 2014 and began backing separatist rebels in eastern Ukraine, including the Donbas region, that same year.

"If the threat from Russia would have been taken seriously by the West, there would have been no Crimea and no Donbas. A lot in the future will depend on how strong the Western reaction will be if Russia invades Ukraine," Simonyte said.

"Bad peace is better than a good war. Diplomacy should be given a chance, but there will be no trust (in Russia) anymore and I do not see how it can be restored." "The battle for Ukraine is a battle for Europe. If Putin is not stopped there, he will go further," Lithuanian Foreign Minister Gabrielius Landsbergis said during a joint news conference with Austin.

'The United States of America stands with our allies'

The three Baltic nations — Lithuania, Latvia and Estonia — joined NATO on the same day in March 2004, and the alliance operates under the principle that an attack on one member is an attack on them all. Lithuania, a nation of 2.8 million, borders Russian ally Belarus and Russia's Kaliningrad exclave.

"I want everyone in Lithuania, Estonia and Latvia to know — and I want President Putin and the Kremlin to know — that the United States of America stands with our allies," Austin said during the news conference in Vilnius, the Lithuanian capital. 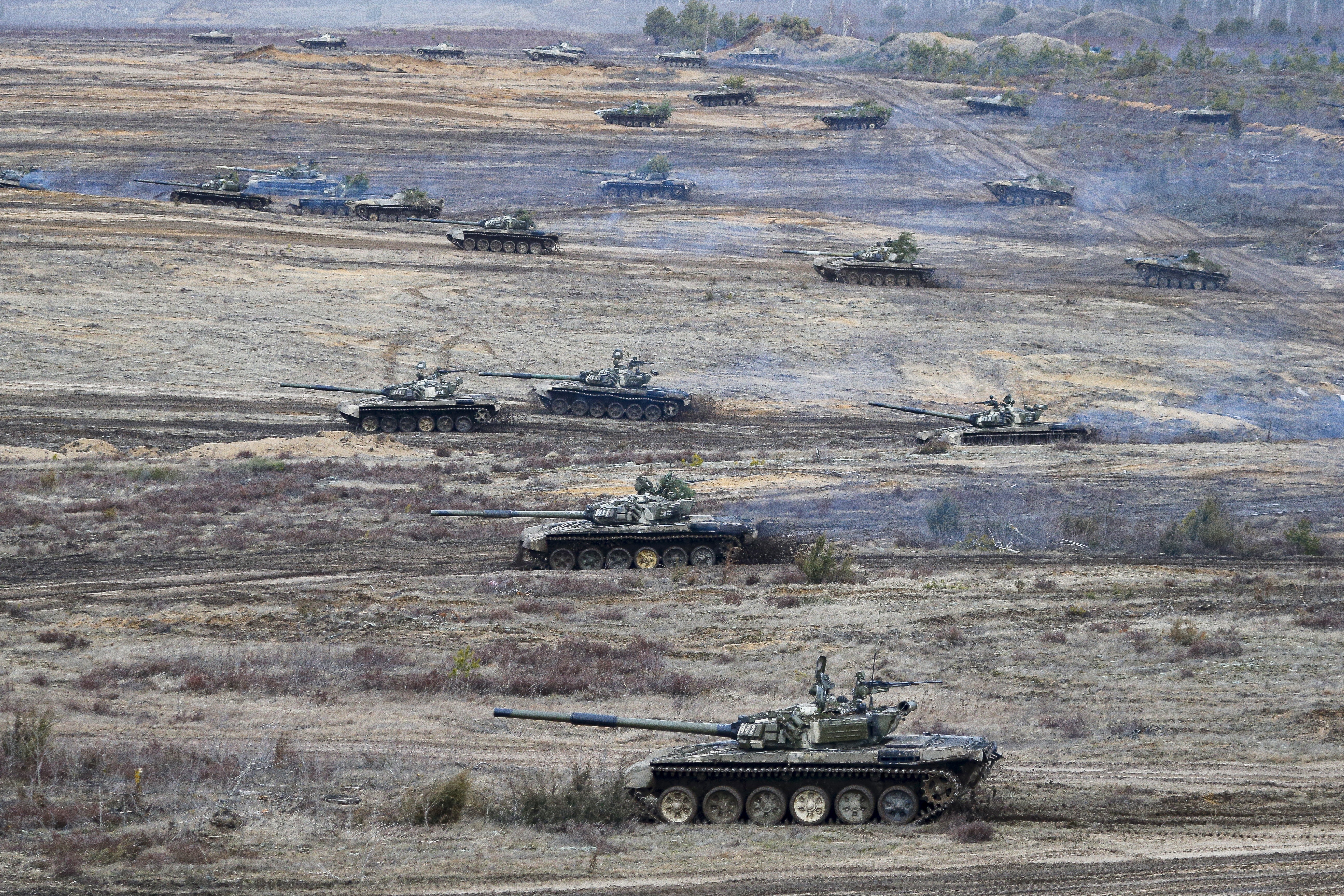 Austin also met with Simonyte, Lithuanian President Gitanas Nauseda and the defence ministers of Latvia and Estonia on his two-day visit to Lithuania.

Nauseda asked Washington for a permanent deployment of a rotating battalion in the Baltics, emphasising that the situation in Eastern Europe continues to deteriorate.

"Russia's military buildup on NATO's eastern border changes the overall security situation. Therefore, the decision to reinforce security in the region with additional troops from the United States and to accelerate collaboration on military acquisitions is critical," Nauseda said.

Austin did not comment on the request. United States has deployed regular rotations of battle groups of about 500 soldiers and armoured vehicles since 2019.

Germany and The Netherlands said this month that they would increase the number of troops by several hundred soldiers in NATO's battlegroup in Lithuania. The Dutch force is part of NATO' German-led battlegroup deployed in Lithuania since 2017.