New footage has emerged of one of Queensland’s worst military disasters, which killed three marines and injured dozens more during a failed aircraft landing.

The video shows personnel in the military helicopter, the MV-22 Osprey, attempting a landing on a ship off the coast of Rockhampton in 2017 – when the aircraft falters and nose dives towards the deck.

Marines are heard shouting ‘get back’ as the aircraft’s propellers narrowly avoided the flight crew. 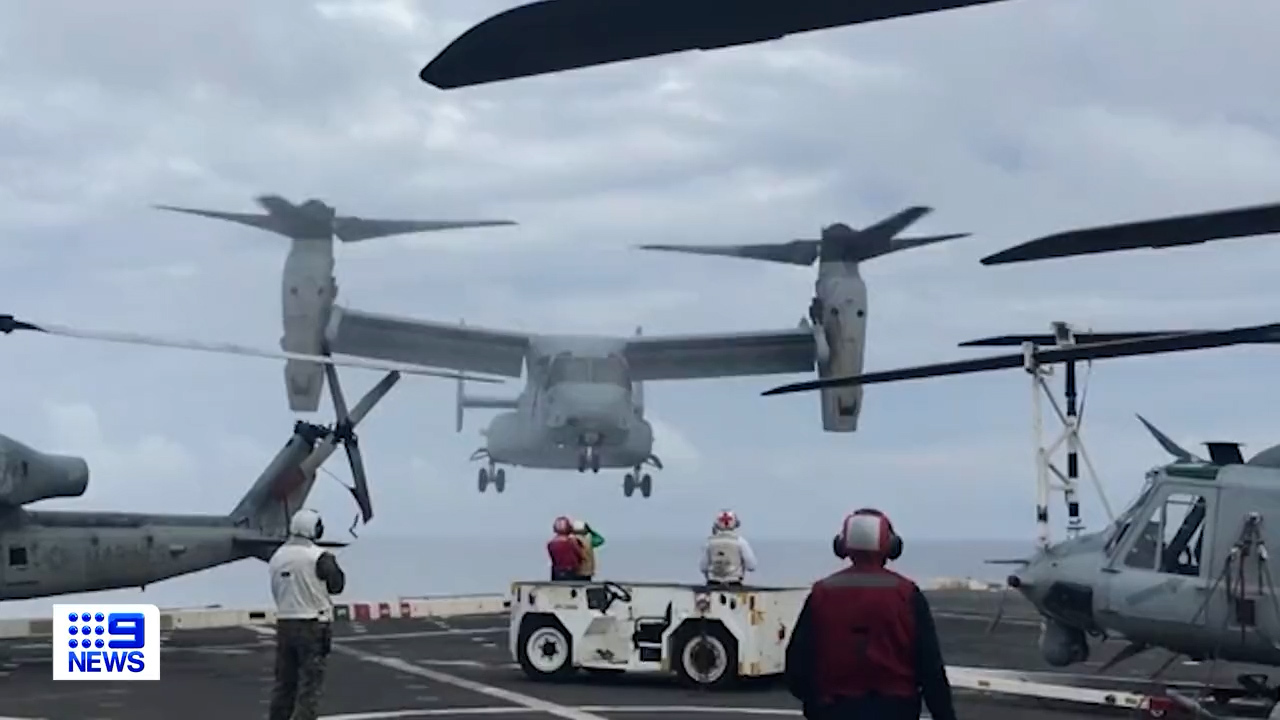 Upon landing, the cockpit of the helicopter was crushed due to the impact.

The aircraft then fell a further 10m from the ship – USS Green Bay – into the ocean. 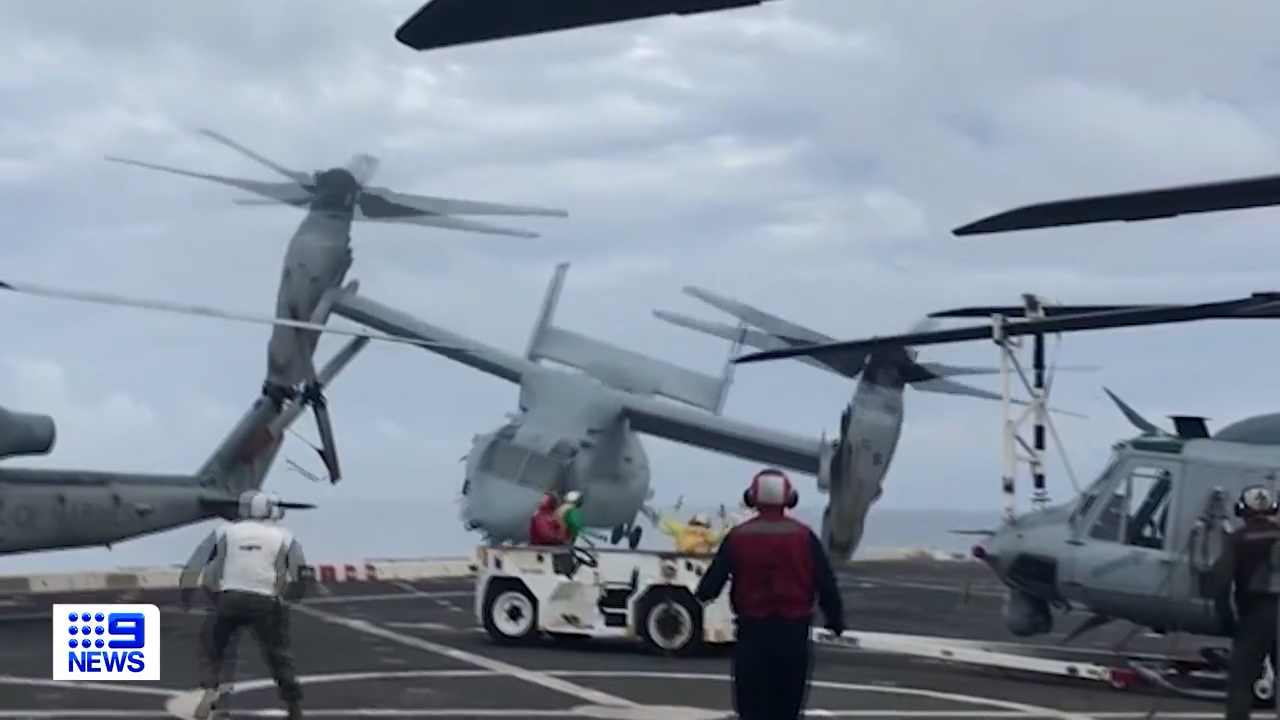 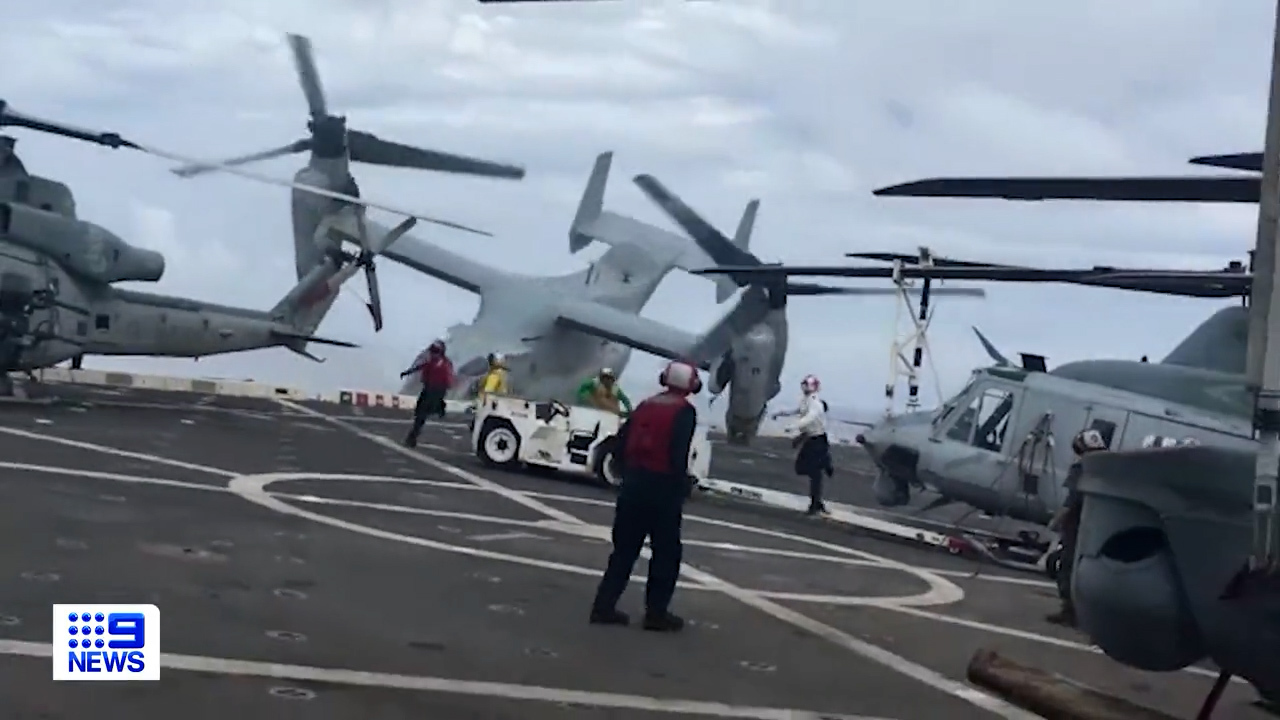 “There are so many things that can occur in that landing phase, the bottom line is landing an aircraft aboard a ship is very demanding,” he said.

Keith Tonkin, one of Australia’s leading aviation experts, said the pilots were attempting a risky manoeuvre during the crash.

“They were trying something very hazardous in the circumstances and sometimes unfortunately things go wrong,” Tonkin, who has spent 15 years in the Royal Australian Air Force, said.

“It would have happened very quickly.”

A Marine Corps report into the incident revealed “no one was at fault for the incident” but that “too much downwash” and potentially excessive weight in the aircraft may have contributed.

“It’s technically very difficult aircraft to understand, interesting technology that took a long time to develop and there certainly have been accidents in the development of that aircraft,” Tonkin said.