A﻿ night of "chaos" has unfolded across southern Queensland and New South Wales after a wild weather system unleashed a deluge, causing flash flooding across flood-weary communities.

Upper Springbrook﻿ in the Gold Coast hinterland recorded 309 mm overnight, while Clagiraba was drenched with 292 mm. Of that, 104mm fell in just one hour.

The heavy rain sparked a desperate midnight evacuation a campground nearby at Helensvale. 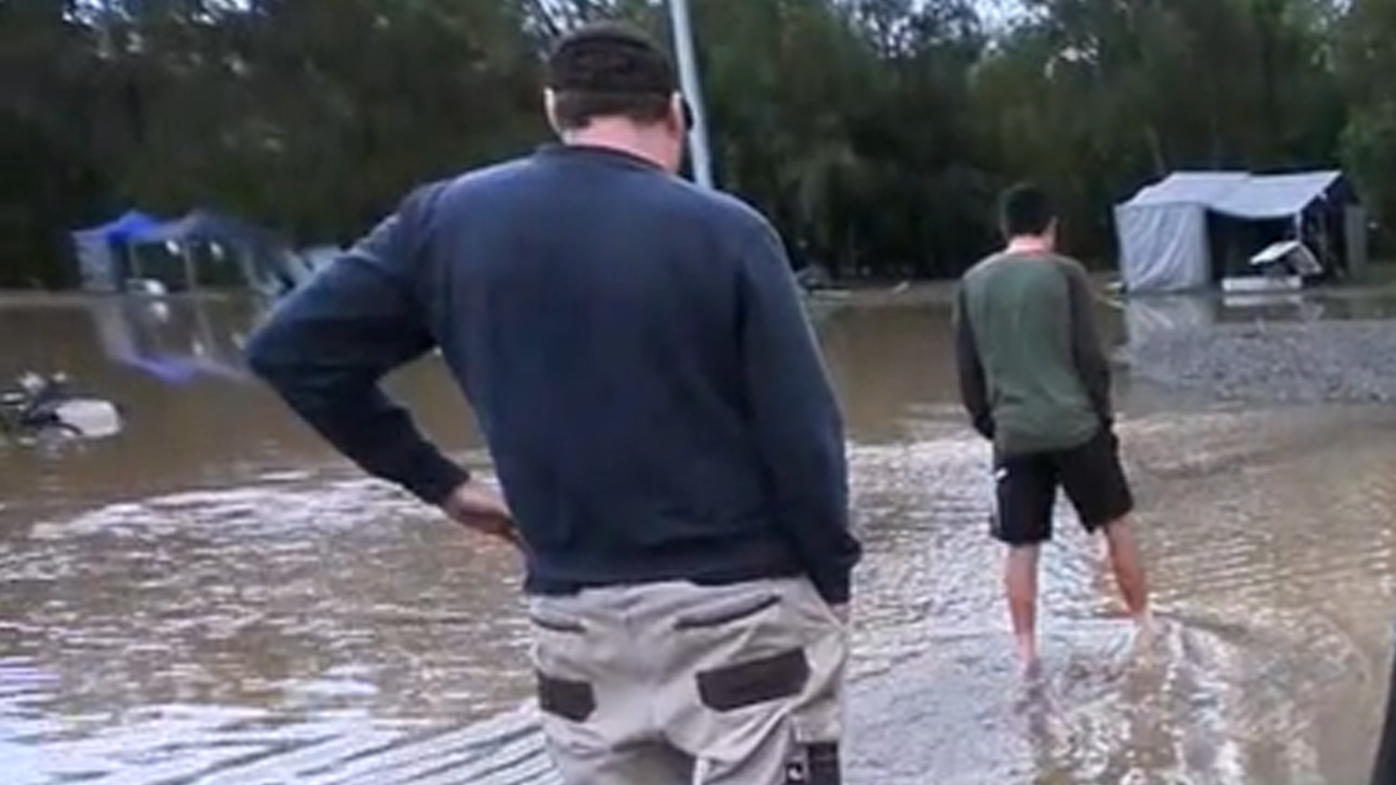 In the middle of the night the water started rising, fast – upending family holidays.

This morning the site is completely underwater. ﻿ 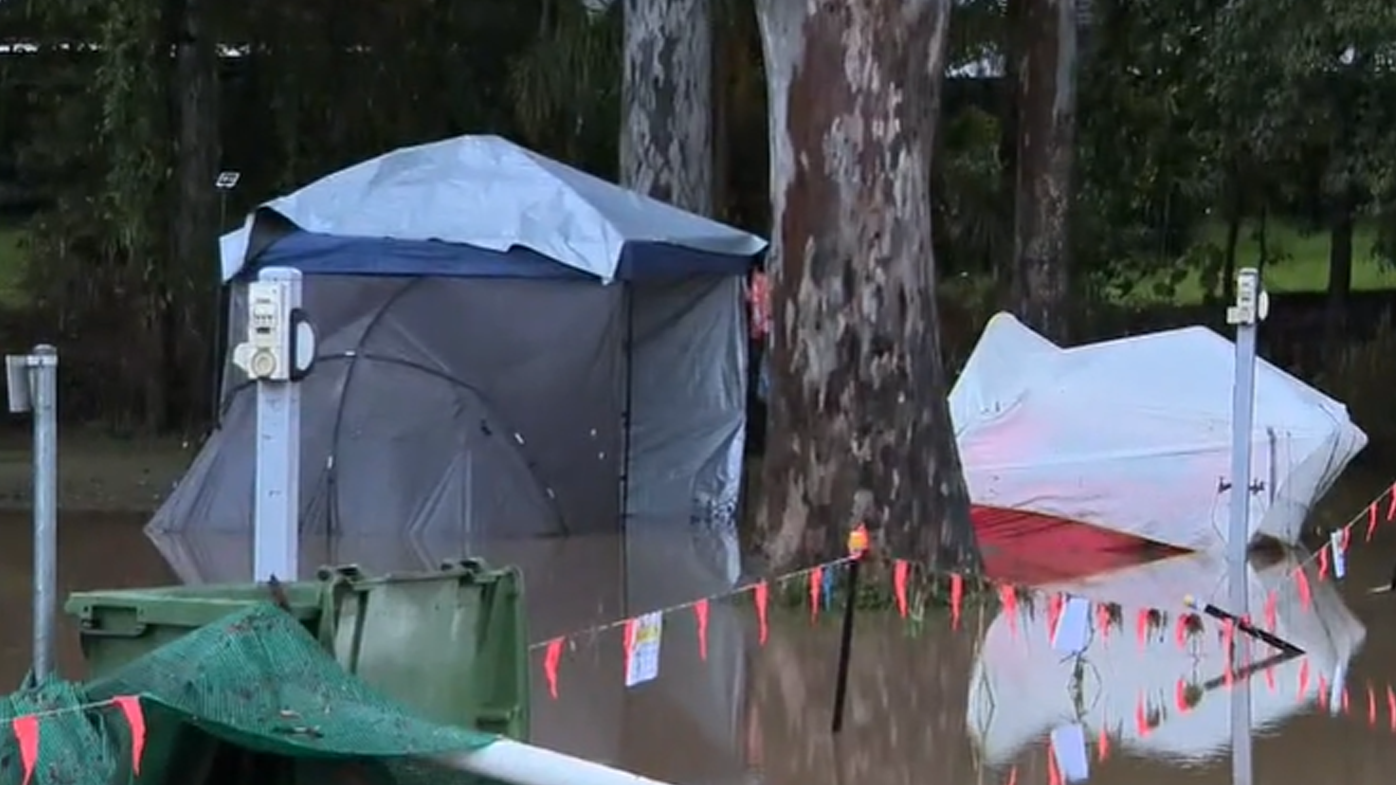 One witness told Today there was absolutely no warning. ﻿

"﻿I was already awake and my sister just yelled out to me to get up. I got up and I thought, 'it is probably not that bad' and within 20 minute, yeah, the water was going through our tent.

"We were knee-deep within minutes. ﻿

"It was chaos…just panic, dozens trying to get out at once."

Similar scenes have played out across NSW overnight with ﻿northern parts of the state receiving over 200mm in a matter of hours. Dozens of flood warnings are in currently in place for swollen catchments.

Those can be accessed here.

The already devastated city of Lismore is on edge after the Bureau of Meteorology (BoM) issued a moderate flood warning for the Tweed River.

If the levee breaks the city would face it's third flood of the year.

The river level at Tumbulgum could reach the moderate flood level of 1.80 m around 10:00 am Friday.

Just the start of a 'very long' season

The wet weather comes a week after the third consecutive La Nina was officially declared ﻿for Australia.

While the rain is set to ease today, authorities warned the flood risk would continue in the days to come.

NSW Emergency Services Minister Steph Cooke yesterday said the deluge was the start of a flooding season expected to stretch through spring and summer. 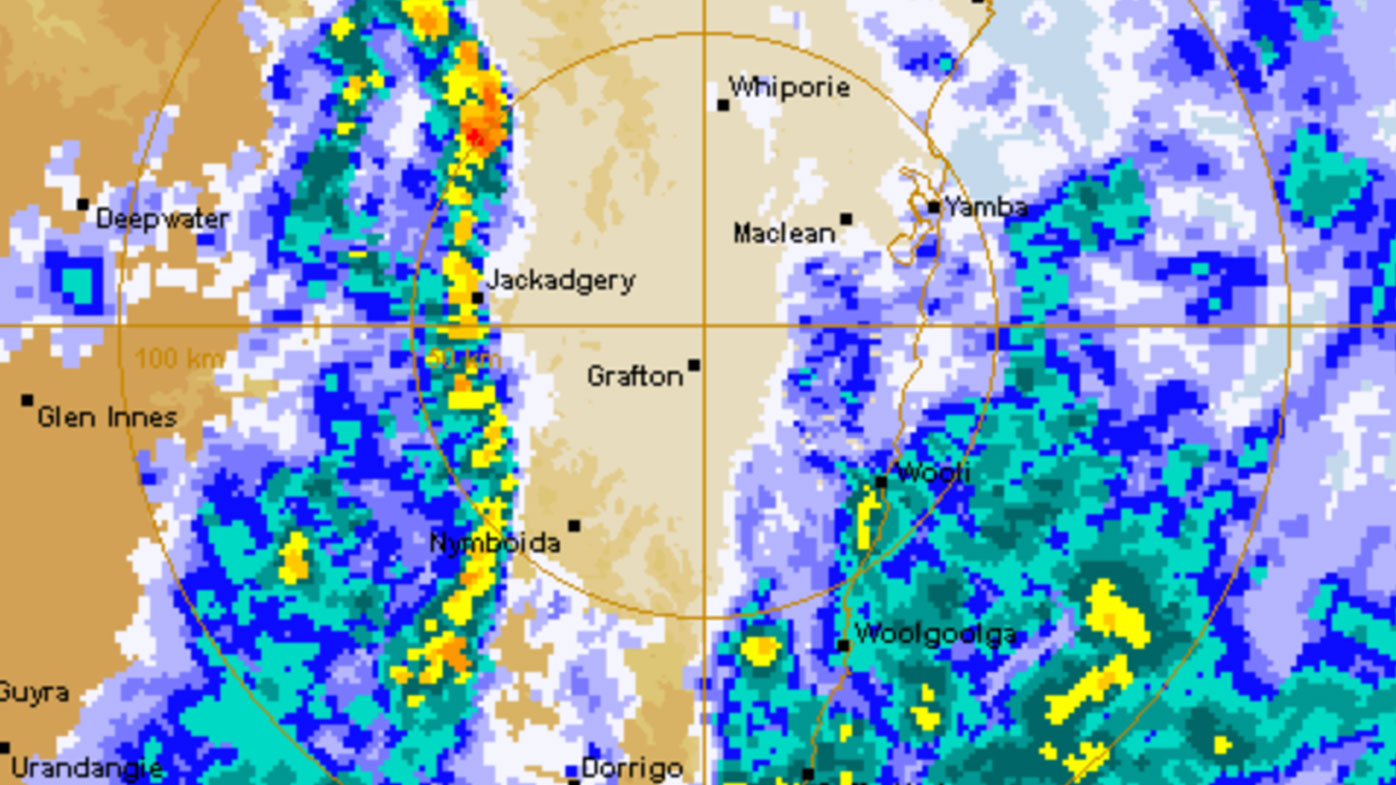 "We're facing challenges on multiple fronts with prolonged flooding through the west and north-west of NSW, renewed river rises in the Central West and southern parts of NSW," she said.

"Communities in the Northern Rivers, Mid North Coast and North Coast who have been made flood weary over the past several months are facing an uncertain couple of days with weather conditions worsening.

"﻿We are at the start of a very long season we expect, this is the third consecutive La Nina, and as we have seen all year our catchments and landscapes are highly saturated.

"This increases the risk of flash flooding and water coming up very very quickly and catching people unawares."﻿