OPINION: Please, cut through the theatrical roadshow, the fawning feminists, and the rewriting of history: Julia Gillard was not a victim, she was a failure.

This week, the former prime minister heads into her bizarre national show-biz tour.

Now, any sensible person should pay good money not to be locked into a room listening to a former politician justify themselves. But no, these shows are sold out.

For $170, you can hear her celebrate the approaching 10th anniversary of her misogyny speech.

Presumably, she won't be tearing strips off herself.

If the words of her supporters are any indication, the argument will be that this speech was a defining moment, a powerful stand against sexist abuse and mistreatment of women in politics.

And it is true, it has resounded, with more than five million YouTube views.

But it looked strategic, more about politics than principle.

And it lifted her popularity rating.

But it was a diversion.

The feminist PM was locked into a piece of staggering hypocrisy, defending a seedy speaker who likened women to seafood.

But he suited her numbers game.

He resigned a few days later.

Second, her government was dying, and this helped to paint her as the young female victim of the evil Murdoch empire, ageing shock jocks, and anybody male and critical.

The aim, and in many ways it succeeded, was to make it impossible for critics to judge her government harshly without being labelled a misogynist.

Julia Gillard has every right to go on the road like some type of revitalised juggler.

She has, after all, been quietly dignified since leaving.

Her audiences have every right to applaud as she blinds them (presumably) with self-congratulation and spin.

But have a think about it.

It's true, Gillard suffered unacceptable and vile criticism based on her gender.

Who really cared how she looked from behind or what she wore?

"Ditch the witch" was garbage.

But that type of thing didn't destroy her.

Many male politicians have copped more nasty personal abuse about their height, lack of hair, or social views.

It does not excuse sexism at any level against any person but still, to many on the left, the new social failing is to be white, male, middle-aged and wear a suit.

Julia Gillard failed because she lost confidence, lost focus, lost direction and lost the trust of both her party and the Australian people.

Yes, she had a tough time.

She formed a minority government after the 2010 election and that was tough.

Trying to negotiate with Greens must be like herding stoned cats.

She did some good things: the NDIS, improvements to equal pay, and her economic management was not disastrous.

READ MORE: ﻿Optus 'not cooperating' with government over data breach

But there were strange decisions too, particularly from a woman who has become a feminist icon.

She undermined single parenting payments, which arguably led to worsened poverty for tens of thousands of struggling women.

The broken carbon tax promise is legendary, and for heaven's sake she voted against gay marriage. Now, she champions equality!

At her sideshow this week, Gillard will probably argue political necessity.

And judged she was.

At one stage, only 27 per cent of the electorate supported the ALP.

Was that really because of her chromosomes?

Labor was headed for oblivion and she knew it. Rudd and his mates were plotting.

She lost focus, lost her way, and found it politically helpful to blame men and sexism.

From my position as an interviewer and commentator, I watched her turn from a competent, strong, powerful and determined leader to an indecisive, stumbling mess.

She began as an excellent, down-to-earth communicator to whom people could relate.

She developed into a confused waffler, frightened of saying something lest she say something. 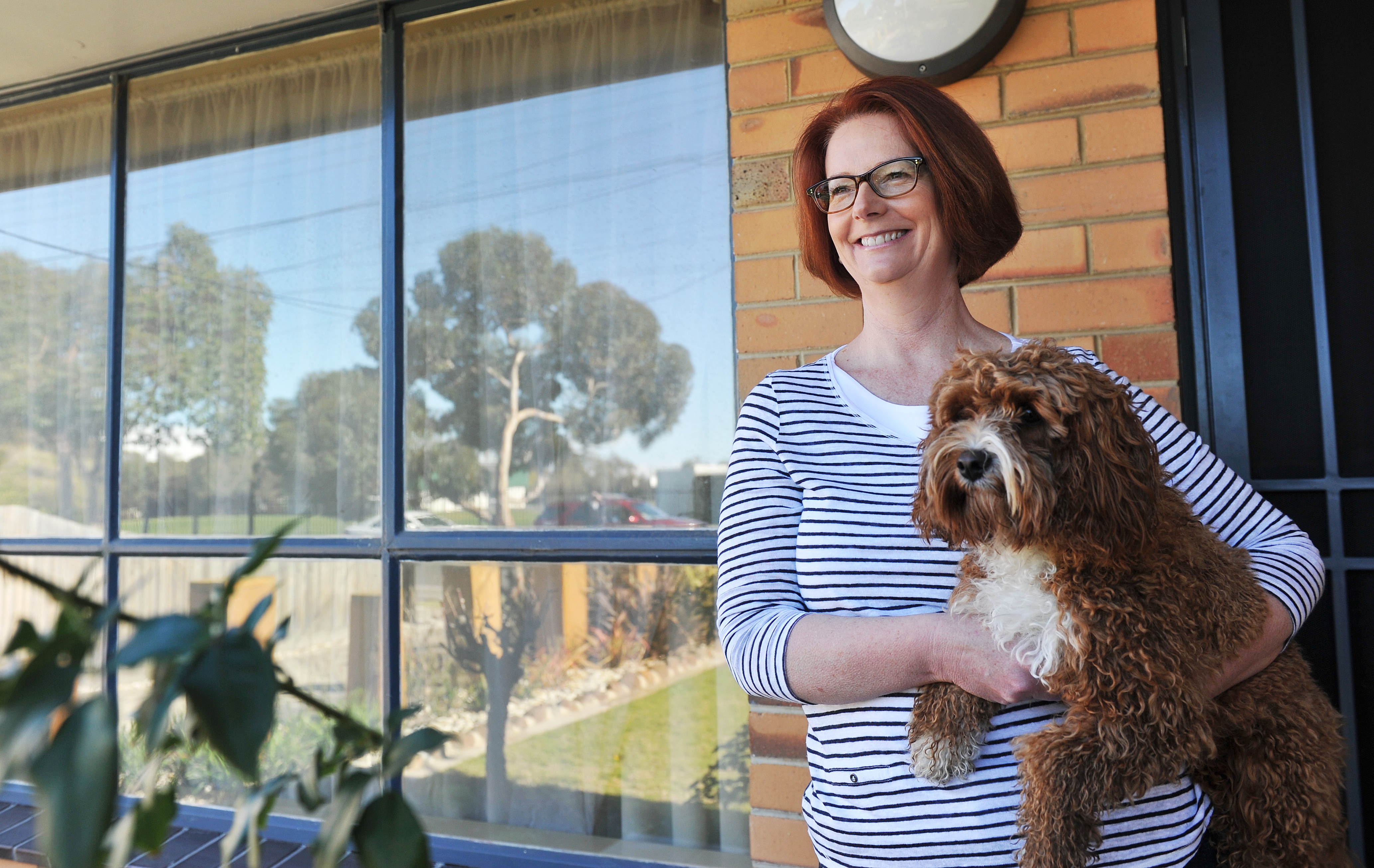 Perhaps it was the atrocious polls.

Perhaps it was the army of advisers telling her how to do it.

Perhaps it was Rudd wafting in the background like the grim reaper, albeit with a larger scythe.

But she was rattled and too rattled to lead effectively.

Then she threw the switch to gender wars.

A personal example of the change: one Friday, before she was PM, we had a stand-up shouting debate on radio about a matter of policy.

It was strong but not personally abusive on either side.

Blood was spilled, more mine than hers. She was good.

The next day I saw her at the Formula 1 grand prix, walking towards me in a corridor with her partner.

"Oops," thought I. This could be trouble.

We had a laugh about the strength of the debate and agreed to do it again.

It had been good, grassroots political disagreement.

She loved it and she handled it superbly. That was the old Julia.

Then she became PM and struggled.

During the 2010 election campaign, she promised to become "the real Julia".

It insulted every voter who had thought she was already real, not a pretender.

It promised a political role player, not an authentic leader.

It suggested she had been elected party leader through some type of marketing trick. 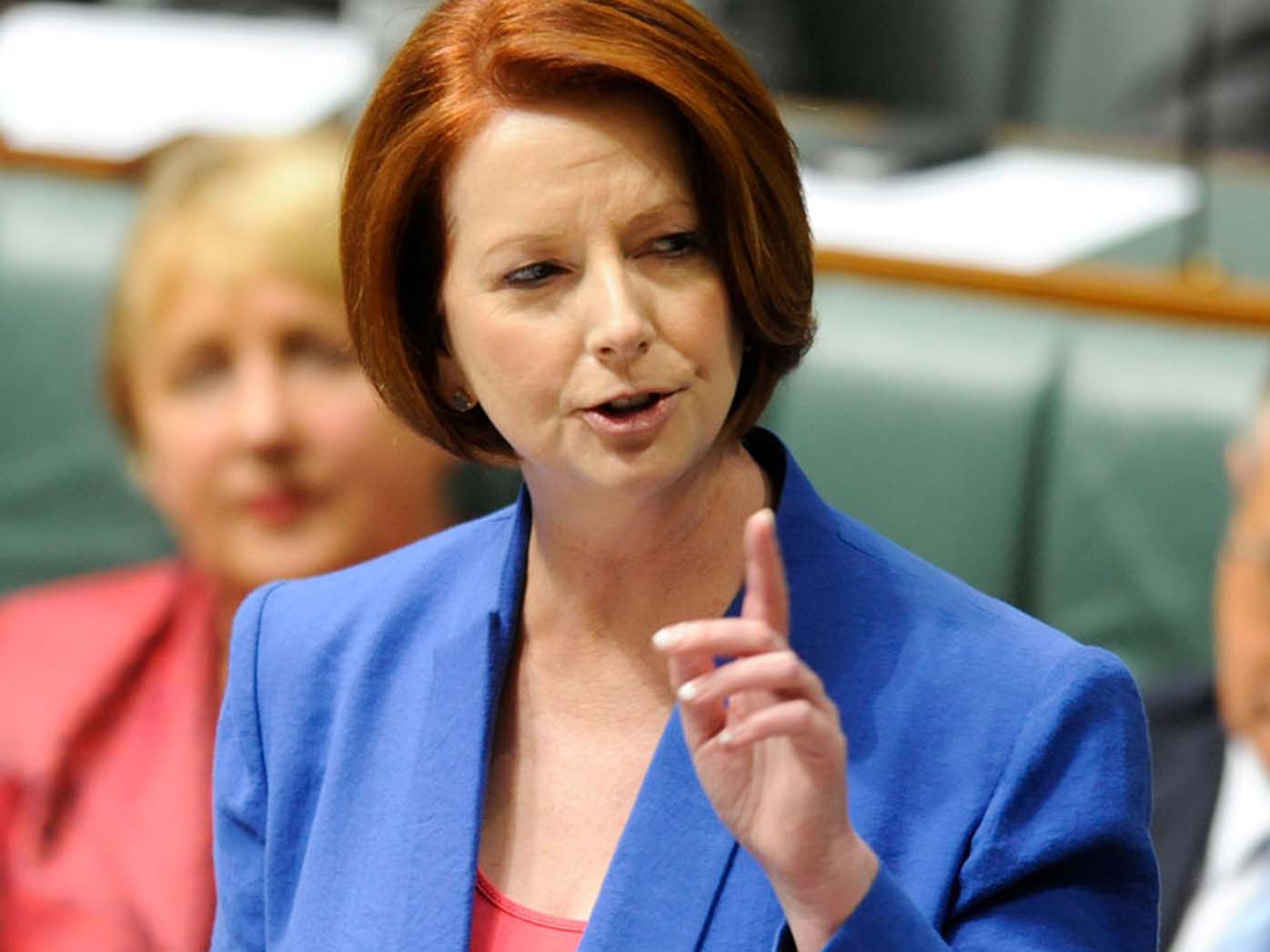 She was losing the trust of the public and the party.

So, increasingly, she played the victim.

The misogyny speech was only part of it. She struggled on for nine months after that.

Behind the scenes, she seemed to be crafting the role of a female leader wronged by sexism because it suited the political need.

She told commentators privately their criticism was only harsh because she was female.

"You would never treat a male prime minister that way," she told one.

That approach is sad and unfair. It is sad because she did have ability and because it is always sad to see a capable person lose confidence.

It is unfair because it was not the fault of the few sexist idiots that she shed public trust. This was on her head.

In the end, she arguably demeaned women as much as did the idiots.

She demeaned them by suggesting they should get preferential treatment because of their gender.

Many people go through life believing their path to "greatness" has been hampered by one issue or another.

That's life. If you're a real leader, get on with it.

Neil Mitchell broadcasts 8.30am to midday, weekdays on 3AW.