A new video of a tradie falling off a roof during a fight has emerged after yesterday's incident in an affluent eastern Sydney suburb.

Police were called to a construction site in Bellevue Hill and found a 44-year-old man on the ground with injuries to his torso, outside the two-storey property around midday.

The new footage appears to be filmed from across the street and shows two tradies arguing and fighting on the roof. 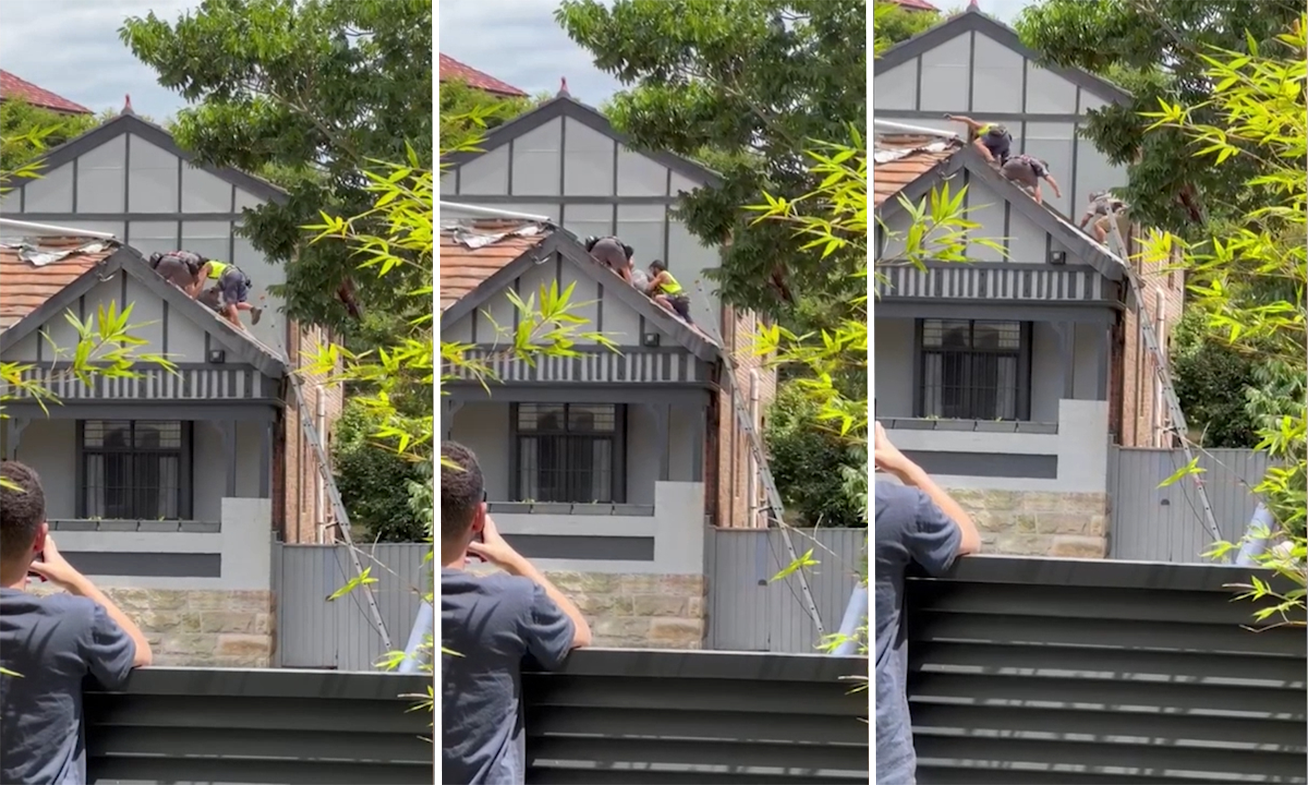 ﻿One man then stumbles backwards and falls to the ground, while other tradies watch on.

The man was taken to St Vincent's Hospital yesterday.

﻿Two other men from the site, aged 41 and 45, were arrested and taken to Waverley Police Station where they were later released without any charges.