A woman has died and a man has been injured after a tree fell on a car north-west of Melbourne.

﻿The car was travelling along South Rock Road in Woodend just after 2.30pm when a tree fell onto it.

A woman, who was a passenger in the car﻿, died at the scene. 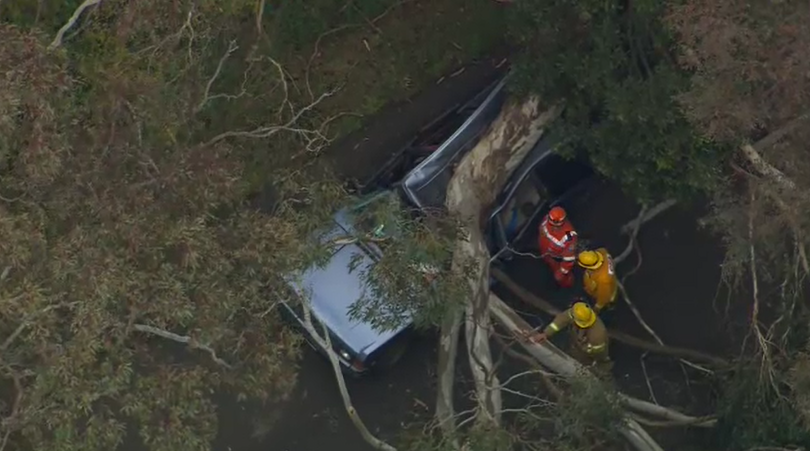 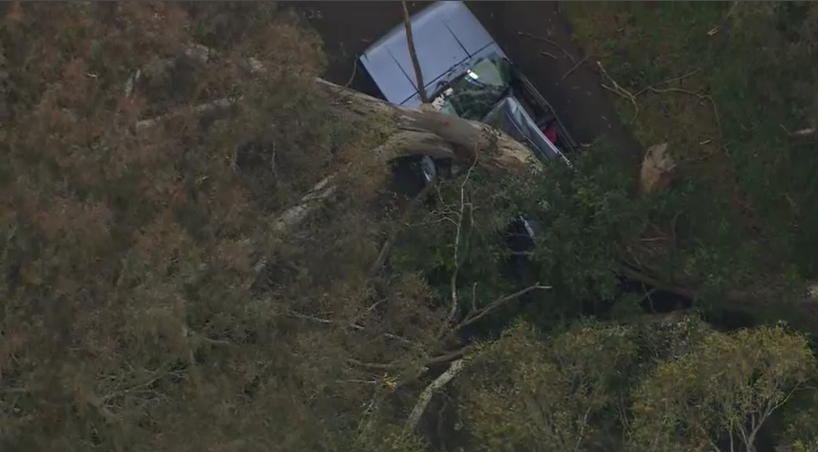 The man who was driving has been taken to hospital with non-life threatening injuries.

Police are investigating the incident.

Anyone who witnessed the crash, has dashcam footage or other information has been urged to contact authorities.